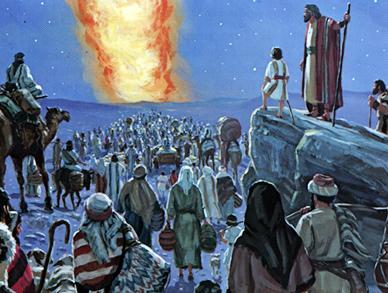 12 Jesus spoke to the people once more and said, “I am the light of the world. If you follow me, you won’t have to walk in darkness, because you will have the light that leads to life.”

13 The Pharisees replied, “You are making those claims about yourself! Such testimony is not valid.”

14 Jesus told them, “These claims are valid even though I make them about myself. For I know where I came from and where I am going, but you don’t know this about me. 15 You judge me by human standards, but I do not judge anyone. 16 And if I did, my judgment would be correct in every respect because I am not alone. The Father who sent me is with me. 17 Your own law says that if two people agree about something, their witness is accepted as fact. 18 I am one witness, and my Father who sent me is the other.”

Jesus answered, “Since you don’t know who I am, you don’t know who my Father is. If you knew me, you would also know my Father.” 20 Jesus made these statements while he was teaching in the section of the Temple known as the Treasury. But he was not arrested, because his time had not yet come.

21 Later Jesus said to them again, “I am going away. You will search for me but will die in your sin. You cannot come where I am going.”

22 The people asked, “Is he planning to commit suicide? What does he mean, ‘You cannot come where I am going’?”

Here Jesus claims not to judge anyone. He says he came to illuminate the world, not cast judgment upon it. Some people are quick to point out that while this may have been true of his first coming, in Jesus’ second coming he will judge. Maybe so, but let’s not get ahead of ourselves. Even if Jesus comes back judging, it still remains true that he didn’t come to do so the first time. Which suggests that bearing light to the world and judging the world are at least things you can’t do at the same time. Hard to shine a light for someone and close them in a dark room at the same time.

And shining a light for people is what Jesus calls his followers to do. Not to judge people, but to serve them, to help them see and find their way. We shouldn’t miss the Jewishness of this passage. I underlined where Jesus calls himself “I am,” echoing what Yahweh spoke to Moses from the burning bush light (hmm, more light). And providing light for all the people has its roots in Jewish history too. During their trek out of Egypt, through the desert, and to the Promised Land, God went before them each day as a pillar of cloud and each night as a pillar of fire. I think it is reasonable to conclude that Jesus is not only identifying with the “I am” statement, but also with the fiery, light-giving presence of God, which stands as a beacon of warmth, protection, serving and benefiting all the people.

The religious leaders asked a lot of skeptical questions, expressed a lot of doubt, and were quick to judge Jesus. They were adept at the very thing Jesus declined to even do. And yet, how often do his followers these days jump straight to the judging – especially of each other. We are at least as good at judging as these religious leaders ever were. And if it’s true of Jesus how much more of us – shining light and judging can’t be done at the same time. We have to choose which we’re going to do. Should be an easy choice for followers of Jesus, but it doesn’t seem to always work out that way.