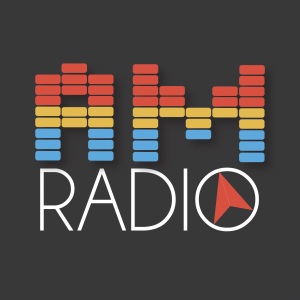 On today’s edition of AM Radio, Amy and I talk about characters that were formative for us as kids, we get ready for a Palm Sunday sermon on Sodom and Gomorrah, and we go more in depth on what the Bible means for us.

Here are blog posts I wrote that relate to this:

The Bible is not the Word of God

Jesus Christ is the Word of God

And click here to visit our Gofundme page and support us.

This is from a talk Don Williams gave at a Vineyard conference in 1986 (I’m working on a presentation about this for the Society of Vineyard Scholars conference next month):

“D. Martyn Lloyd-Jones, in a book published after his death titled Joy Unspeakable, asked the question, ‘Why is it in the twentieth century that the church in the English-speaking world in the West has experienced no revival? There was the Great Awakening, there were the great revivals that swept across nineteenth century America and England, there was the Welsh revival at the beginning of the twentieth century, no revival since then.’ And Jones answers his question in a startling way. He says the reason why there’s no revival, there’s been no revival in the twentieth century is because prior to the twentieth century when the church was weak and worldly and impotent, Christians got down on their knees, the believing remnant, and prayed and called upon God and repented of their sins and poured out their hearts before Him, praying for the sovereign work of His Spirit to come again and awaken the church. But Lloyd-Jones says at the end of the nineteenth century the church accommodated itself to the modern scientific worldview, it became the technological church and rather than praying for revival with repentant hearts when the church is weak and worldly and impotent, we get a committee together and organize an evangelistic crusade. And that’s the poor substitute for revival.”

Now, I want to push back on Lloyd-Jones’ assertion that there was no revival in the English-speaking world in the 20th century. Asuza Street began in 1906 and by the end of his life in 1981, both the Pentecostal and charismatic movements had significant impact on the church in the English-speaking world (not to mention well beyond). But I suspect Lloyd-Jones would offer as a rejoinder that my description there is all too apt – that these movements had more impact within the church than beyond the church, that they differed significantly from the previous movements which drew in unchurched people in droves. There’s a good (and fun) discussion to have there.

But the main point Williams and Lloyd-Jones are making is beyond dispute and more true now than it was in the 1980’s. Maybe we call some of the committees planning teams. We have conferences instead of crusades. And we’ve worked hard at perfecting our images, our lighting, our sound, our marketing, publishing, and branding.

But all of that is still a poor substitute for revival.

Here is the audio of Williams’ saying this. So powerful.