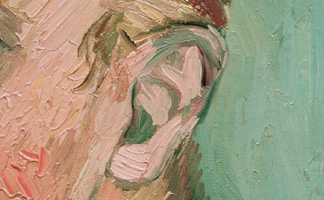 31 Then Jesus went to Capernaum, a town in Galilee, and taught there in the synagogue every Sabbath day. 32 There, too, the people were amazed at his teaching, for he spoke with authority.

33 Once when he was in the synagogue, a man possessed by a demon — an evil spirit  began shouting at Jesus, 34 “Go away! Why are you interfering with us, Jesus of Nazareth? Have you come to destroy us? I know who you are—the Holy One of God!”

35 Jesus cut him short. “Be quiet! Come out of the man,” he ordered. At that, the demon threw the man to the floor as the crowd watched; then it came out of him without hurting him further.

36 Amazed, the people exclaimed, “What authority and power this man’s words possess! Even evil spirits obey him, and they flee at his command!” 37 The news about Jesus spread through every village in the entire region.

38 After leaving the synagogue that day, Jesus went to Simon’s home, where he found Simon’s mother-in-law very sick with a high fever. “Please heal her,” everyone begged. 39 Standing at her bedside, he rebuked the fever, and it left her. And she got up at once and prepared a meal for them.

40 As the sun went down that evening, people throughout the village brought sick family members to Jesus. No matter what their diseases were, the touch of his hand healed every one. 41 Many were possessed by demons; and the demons came out at his command, shouting, “You are the Son of God!” But because they knew he was the Messiah, he rebuked them and refused to let them speak.

42 Early the next morning Jesus went out to an isolated place. The crowds searched everywhere for him, and when they finally found him, they begged him not to leave them. 43 But he replied, “I must preach the Good News of the Kingdom of God in other towns, too, because that is why I was sent.” 44 So he continued to travel around, preaching in synagogues throughout Judea.

This sequence of events appears in Mark 1 and Luke follows Mark closely, with a few significant alterations, ones that help accentuate Mark’s point of establishing Jesus’ teaching authority. Luke works to establish that (perhaps more strongly) while also grounding it in the power of the Holy Spirit. Luke adds the Greek term logos here – the word of Jesus has authority. This is going to be a recurring theme in Luke (and also in Acts, and it may have influenced John’s beginning: “In the beginning was the Word and the Word was with God and the Word was God…”) – placing emphasis on the authority contained in what Jesus says.

Luke works here to juxtapose Jesus’ authoritative word from what the demons say. The demon in verse 34 says the same thing as in Mark 1.24. But in the many exorcisms that follow that evening, Mark only says Jesus would not permit them to speak. Luke agrees but still records them blurting out “You are the Son of God!” in verse 41. Luke accomplishes two things here. First, he reinforces the claim that Jesus is the Son of God. Even the demons know it. What they say is true enough, but their word does not carry authority. They are speaking truth, but Jesus muzzles them (literal translation of v.35). Speaking the truth is not enough. Speaking the truth is no guarantee that the word being spoken carries authority. We can fall into the trap of thinking that if someone says the right things that is enough. Luke shows us here this is not the case.

Luke also understands that authority is not automatic or guaranteed. It comes by the power of the Holy Spirit. Mark only has Jesus speaking with authority. Luke has “authority and power” in v. 36, the latter word (dunamis) is Luke’s way of grounding Jesus’ authority in the power of God’s Spirit, while still keeping the focus on Jesus. This is important for Luke because the authority of Jesus word is not just grounded in the Spirit’s power, it is the conduit of the Spirit’s power. Mark tells us Jesus healed Simon’s mother by holding her hand and lifting her up. Luke changes that. He has Jesus rebuke the fever, using the authority of his word to release the healing power of the Holy Spirit into the woman’s body. This is exactly the same way Jesus delivers the people who are demon-possessed in v.34 and v. 41.

Two take aways from this. First, the people listening to Jesus teach notice the difference between a word that carries authority and power from a word that is merely true. Their ears can tell the difference. I think ours can too if we are honest about it. Second, the same power that Jesus taught and healed by, the same authority his word carried, is available to us. Not guaranteed. Not automatic. But very much available to those willing to teach and work only in the power of the Holy Spirit.